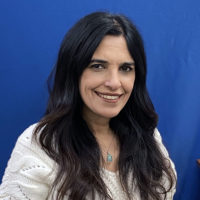 Andrea studied psychology and journalism at university in Argentina. In her 20+ years in classrooms in Mexico, Spain and the U.S., she has engaged and motivated students with her skills in storytelling and puppeteering while developing the students’ skills to understand and speak Spanish and English.

As part of Andrea’s interactive and novel approach, she authored Yosi Tiene Un Dia Especial (Yosi Has A Special Day) with a group of children in a series of workshops. These students were inspired by becoming “co-authors” in this engaging and unique learning experience.

Andrea joined The New School in 2008 as a Spanish teacher for our infants through middle school programs. In the 2012-2013 school year, Andrea was promoted to Foreign Language Director for TNS.

Children will not remember you for the material things you provided but for the feeling you cherished them.
∼ Dr. Maria Montessori 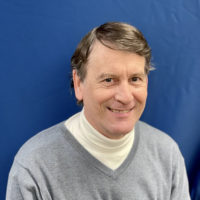 Honored by the Royal College of Music in London, along with membership of ASCAP and PPL, James teaches all aspects of music-making from the composing right down to the technicalities of good sound recording. James has taught various classes around the world following qualification as an elementary school teacher in Melbourne, Australia (2006). With the added experience of performance on cruise ships and concert halls around the world, following success in talent shows and the release of a CD in the UK, James brings much color and creativity to music theory classes and songwriting sessions.

His goal is to enable all students to read music so they can interpret it well enough to explain to others or be able to play it just for their own pleasure. His range covers many styles from the classics to boogie-woogie. Using all instrumentations, singing songs in rhyme and rhythm often helps students improve their maths and English, particularly encouraging to those with language difficulties, often developing into an improved strength toward number sequencing and word power.

A piano teacher in his own right, James brings much enthusiasm to the subject of music, and you can find out more about him at www.jamescatton.com. He is married with two children. 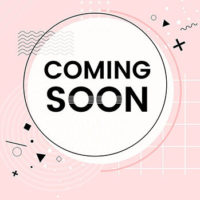 Jonathan was born in Illinois but was raised on Long Island, New York. His first introduction to Montessori was through his mother, Ceres Schroer York, a life-long Montessori professional who founded the The New School in 1984. Jonathan attended Montessori school as a young child, which is also when he began his very successful chess career.

Jonathan graduated from Stony Brook University with a double major in Russian and political science. After graduating from Stony Brook, he attended Columbia University and earned a degree in law. He then went on to pass the bar in California, Washington DC., and North Carolina.

After living in California, where he practiced law for a few years, Jonathan moved and settled down in North Carolina. After a year of practicing law in Raleigh, Jonathan decided to pursue Montessori training and join The New School to assist in its development. He attained his certification in Children’s House and gained invaluable classroom experience before assuming administrative roles and eventually becoming the Head of School in 2000.

Jonathan continues to play and coach chess, both privately and to other local schools. In addition to being an International Chess Master, Jonathan was at one time being the third youngest international chess champion in the U.S., Jonathan also holds the record for winning the NC state championship the most times (in 1995, 1997, 1999, 2001, 2002, 2009). In his spare time, Mr. Jonathan enjoys listening to music, playing cards, and tennis.

Originally from Louisville, Kentucky, Julie still visits her family in the house in which she grew up. She attended Xavier University in Cincinnati, Ohio, receiving a B.A. in art with minors in art education and art history. Her interest in Montessori education began at this time as her college roommate was studying to be a Montessori teacher.

While at Xavier, Julie met her future husband, Jeff, on a Habitat for Humanity trip. After graduation, she moved back to Louisville to teach at her high school alma mater. Upon marrying, they moved to Bloomington, Indiana, and Julie received her M.F.A in textiles from Indiana University.

Jeff’s work brought them to Cary, North Carolina, in 2006 and they have been here since, having fallen in love with the area. Julie’s various local jobs include managing a running store, teaching at several private schools and at Campbell University, and serving as a juror for the NCSU Art to Wear Fashion Show. After her son Cameron was born in 2010, Julie left the workforce to stay home with him. Melanie was born in 2013, and they welcomed Jillian in 2015.

The interest in Montessori education grew when a traditional classroom was not meeting the needs of her children. Moving them to TNS in 2018 showed Julie what a positive impact a whole-child approach could have. Growing up in an environment enriched with the arts, Julie’s desire is to marry this Montessori approach with her love of art and spark a lifelong interest for the arts in her students.

Julie also enjoys running (having run for XU, IU, and semi-competitively), gardening, designing improvements for her home, and traveling. Watching her children participate in various activities (such as swimming, soccer, and dance) and hanging out with the family dogs, a Dalmatian named Poppy and a beagle named Minnie, are also favorite pastimes.

Every child is an artist. The problem is how to remain an artist once [s]he grows up.
~ Pablo Picasso 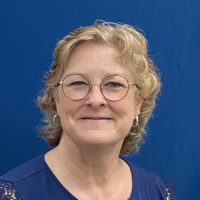 Growing up in Alaska, the “Wild West,” and the south as well, Kari has experienced many diverse regional cultures (and natural disasters!). By the time she made it to Florida, she began as a fine arts major at USF but ended with a bachelor’s degree in mass communications/photojournalism.

After many engaging adventures in television, radio, film, stage, and print, she boldly made the leap to online work as the world launched into cyberspace. With her background as a journalist and copyeditor, her current role as communications specialist has her writing the monthly school newsletter, contributing to the website, and other communications-related projects as needed. She joined TNS in the fall of 2018 and looks forward each day to being immersed in the stimulating environment of TNS.

Michelle has been teaching at The New School since 2005. She was born in Salisbury, North Carolina, and earned her B.A. in history from UNC Chapel Hill.

Michelle earned her AMS Infant and Toddler credential from CMTE North Carolina in 2007. She also holds an early childhood associate certificate from Wake Technical Community College. She has worked with children of various ages since 2000 but is currently working primarily with infants and toddlers. Before coming to The New School, Michelle worked as an infant teacher at RTI International’s on-site child-care facility in RTP.

Michelle’s daughter Georgia attended The New School since she was 6 weeks old, continued into the Montessori Adolescent Program and is now excelling in public school.

Michelle enjoys baking, running, and is a history buff. 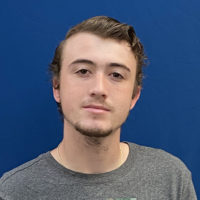 Jake comes to us as a New School alumni where he had been a student since age five. He has worked on campus in various capacities since moving on to Wake Christian Academy a few years ago. Jake now attends Wake Tech Community College where he is taking basic prerequisite courses as he decides the area he wants to focus in.

When he is not working here as a maintenance assistant or as after-school staff support, Jake’s spare time is spent on his collegiate homework, gaming, and the occasional soccer game which is the sport he enjoys the most. One thing he is not “known” for is that, on one occasion, he suited up as the TNS mascot Talon for a school event and successfully remained incognito, in fact, until this day! 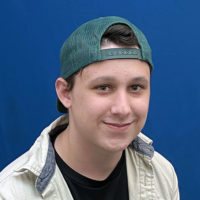 Joseph was born and raised in Wake county. He and his three brothers were homeschooled most of their lives. Joey attends Holly Springs High School and came to TNS at the end of summer to help out with COVID protocols and now works with us in the After-School Program. 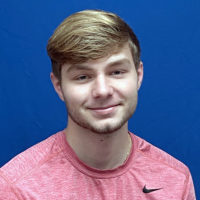 Zach is a student at NC State while working part-time at The New School Montessori Center as an assistant groundskeeper/maintenance worker and often helps out in the classroom.
Studying Sports Management, Zach has an interest in collegiate and professional sports. Working with a professional sports team in the future is his goal. Soccer and football are his favorites, but he enjoys all sports and would love to be a part of any team. When not in school, Zach loves to be with family and friends, play sports, and go to the beach.

Beulah has been caring for children for over 30 years and has worked in schools as a teacher since 2009. She attended Apex High School and is very involved in community activities and her church in particular.

Beulah joined The New School in 2010 and has been one of the few who has worked with all ages from infants to upper elementary. She has a special gift with the infants and toddlers who respond to her gentle and caring ways. She currently now works exclusively with this age group during the regular school day but still offers after-school support to other age groups as needed.

Beulah loves to talk about her family, including seven great-grandchildren, and she enjoys cooking and taking care of the elderly.